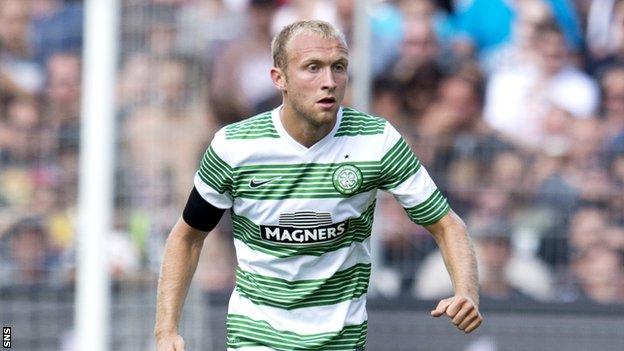 Sinclair, 19, made his Southampton debut in the League Cup last season.

"I'm delighted we have added both Dylan and Jake - they will offer us something different and strengthen our attacking options," said Hibs boss Alan Stubbs.

"Dylan comes to us with a high reputation earned at Celtic and we see him playing in a more central role in midfield.

"His energy and quality will give extra impetus to the team and we're looking forward to seeing him perform for Hibs.

"Jake will give us a few options in attack; through the middle and out wide. He is a really exciting player with genuine pace, who can hurt the opposition.

"He is an up-and-coming talent, who we've been aware of for some time."

McGeouch made his Celtic first team debut in 2011 and featured in the champion's Premiership defeat by Inverness CT earlier this month.

"I'm really excited about the loan move - Hibs are a massive club and, as soon as I became aware of the interest, I wanted to move to Easter Road," McGeouch told the Edinburgh club's website.

"My aim is to play as many first team games as possible and help to get the club back where it belongs; in the top division."

Sinclair is the younger brother of Manchester City winger Scott and is a product of the Saints' much-admired youth system.

"I'm really impressed by everything at the club and it's great to be here - now I can't wait to get started," said the teenager.

"My Under-21s coach at Southampton told me about the possibility about moving to Hibs on loan on Friday and, as soon as I heard about it, I jumped at the chance."