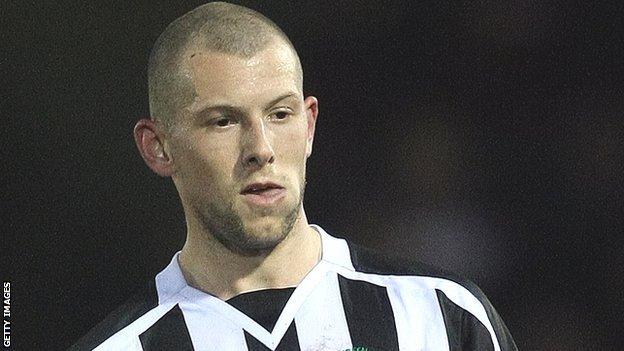 A dour first half saw both sides struggle to create opportunities.

But substitute Dyer made the most of his chance when he finished calmly from a Scott McManus pass.

The visitors almost levelled but a Brett Williams shot was tipped around the post by Matt Glennon and the hosts held on for their sixth league win.

"There was not a lot in it and we created some good chances in the first half, but it was maybe the little bit of belief in the box to score.

"I have just said to the lads that we're not far away from being a good side, but we've just got to improve a couple of percent on a couple of areas and we've got to believe in what we are doing and stick to it.

"We've given them a game today because they had to change formation because they couldn't cope with us. It's tough to take the defeat but the performance was excellent."