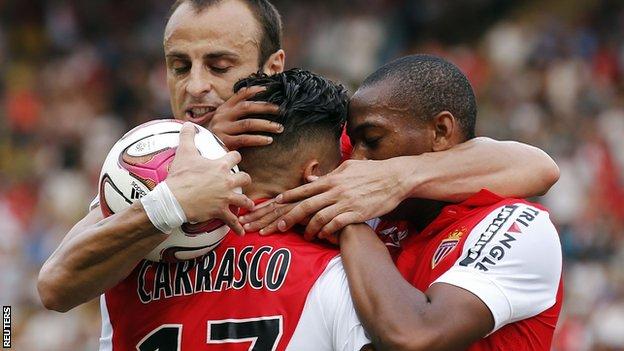 Colombia striker Radamel Falcao was missing as Monaco's stuttering start to the French season continued with a home draw against Lille.

Falcao, 28, was dropped from the squad shortly before Saturday's match - increasing speculation that he might leave the principality club.

He scored the winner against Nantes last weekend and was expected to play.

With the transfer deadline day on Monday, ex-Atletico Madrid striker Falcao has been strongly linked with a move to Real Madrid on a season-long loan.

He was included in Monaco's initial squad, but took no part in the warm-up and was not named among the substitutes.

The draw means Leonardo Jardim's Monaco have now taken four points from their opening four matches, while the unbeaten visitors are now second.