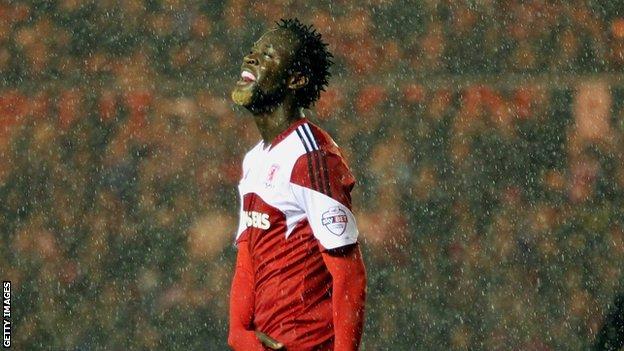 Sierra Leone international Kei Kamara has left English Championship side Middlesbrough after his contract was ended by mutual consent.

The 29-year-old striker is now a free agent as he looks for a new club.

"The Club would like to thank Kei for his efforts over the last 12 months and wish him every success in his future career," a statement on the Middlesbrough website said.

He had not featured for the club so far this season.

Despite the lack of competitive football so far this season Kamara has been called up for Sierra Leone's upcoming 2015 African Cup of Nations qualifiers.

He is one of a squad of 20 overseas-based players for matches against Ivory Coast on 6 September and DR Congo four days later.