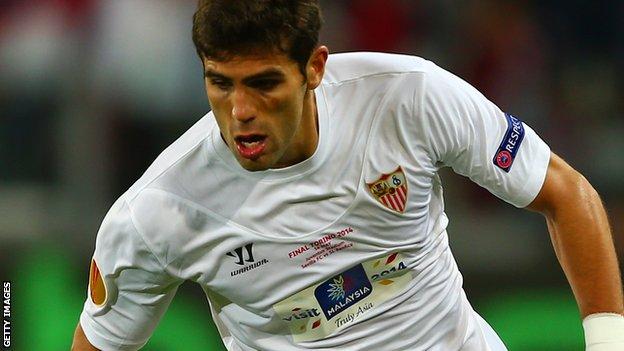 Tottenham have signed defender Federico Fazio from Sevilla on a four-year deal for an undisclosed fee.

The 27-year-old has won two caps for Argentina and won the Europa League with Sevilla last season.

The centre-back will replace Michael Dawson in the Spurs squad after his move to Hull this week.