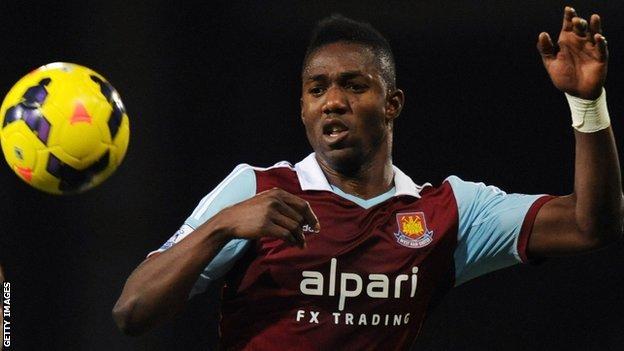 The 26-year-old will spend the rest of the season at Metz, who also have an option to buy the player.

The deal is the second between the clubs this month after Diafra Sakho joined West Ham in a permanent move.

Maiga spent the second half of last season loaned out to QPR and has played only 31 times for West Ham since he joined the Londoners in July 2012.

He has already had experience of France's top flight, having played for Le Mans and Sochaux.

Maiga has played 31 times for his country and scored five goal for the the Eagles.