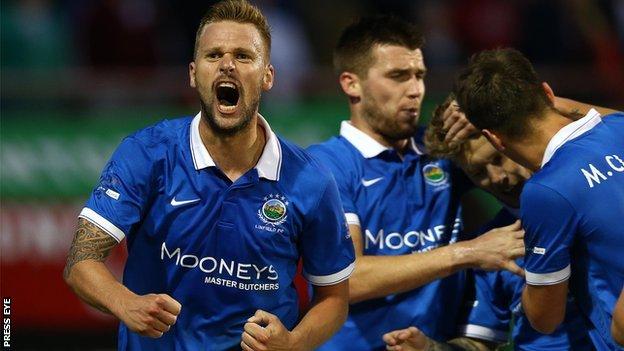 Linfield will be without Peter Thompson for six weeks after the striker broke a hand bone.

The news comes after the Blues suffered a shock 1-0 defeat at the hands of Ballyclare Comrades in the second round of the League Cup.

Warren Feeney's side are third in the league standings after four games.

Chris Trussell's second-half strike sent the Blues crashing out of the League Cup at Dixon Park.