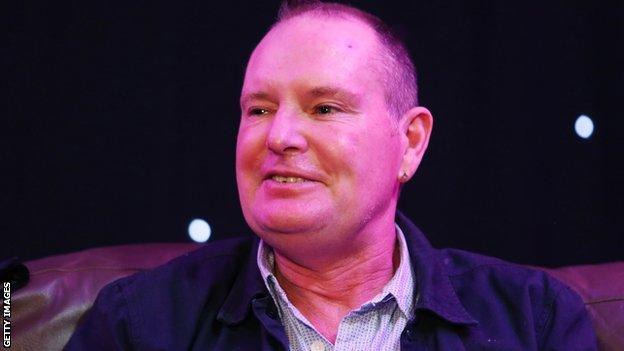 QPR boss Harry Redknapp has offered an open invitation to former England midfielder Paul Gascoigne to help out with coaching his young players.

Gascoigne, 47, has had a history of health-related problems and is reported to have been taken from his Dorset home by emergency services on Friday.

Redknapp lives in close proximity to Gascoigne on the South Coast.

He said: "If he wants to do it I would pick him up every morning at 0545 at the end of his road and bring him in."

Twitter users sent messages of sympathy and support to his daughter Bianca, which she retweeted and wrote in response: "Thank you for your kind words."

Redknapp added: "He is a great lad and it is just sad to see how he is looking at the moment.

"I saw him about a month ago and I said 'I will pick you up in the mornings Gazza, come training with me. Do a little bit of work with the kids.'

"I would love it if he would do that, that is an open invitation to him.

"I see Gazza around and I love Gazza, he has got a heart of gold.

Gascoigne was 17 when he made his Newcastle debut in 1985, before moving to Tottenham in 1988 for £2.3m - a British transfer record at the time.

He helped England reach the semi-finals of the 1990 World Cup and Euro 96, and also played for Lazio, Rangers, Middlesbrough, Everton, Burnley and Chinese side Gansu Tianma.

But he has suffered a string of personal issues since he last played professionally, for League Two Boston United in 2004.

On Thursday it was announced that Gascoigne was set to play football again after signing for Sunday League Division Four team Abbey FC in Bournemouth.