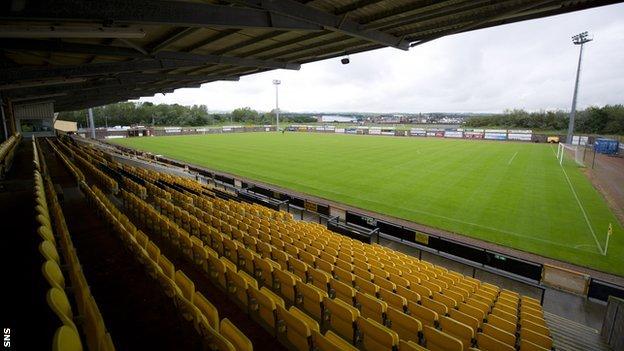 Fans have moved to make East Fife the latest Scottish club to be supporter owned following the resignation of chairman Lee Murray.

"They indicated they would be interested in receiving a bid for their holdings."

East Fife were relegated to Scotland's League Two in May after a play-off defeat by Stirling Albion.

That came a year after Murray took charge, but he said his departure was because the shareholders did not share his vision of achieving top-flight football within 10 years.

Now the trust is working with Supporters Direct Scotland, which has already advised several other clubs on supporter buy-outs, including Hearts, Dunfermline Athletic and Stirling Albion, in a bid for control.

"The trust see this situation as an opportunity, finally, for our club to be owned by our supporters," said Duthie, whose group will hold a public meeting after the match against Queen's Park on 30 August.

"Clearly, it will require great commitment from our supporters both financially and in other ways for our efforts to succeed."

Murray had explained the reasons for his resignation on the club website.

"Our ultimate ambition was to put East Fife at the heart of the community and achieve top-flight football within 10 years," he said.

"However, it became apparent that the majority shareholders did not share this same vision and we had been in negotiations for a number of months to resolve this issue.

"I had brought a team of individuals to the table who were willing to invest significant sums, time and energy into the club.

"However, the current owners were unwilling to sell their stake.

"When we proposed other solutions, the majority shareholders continually stalled on negotiations and refused to commit any funds to the club - a position which makes it almost impossible to bring in money from other sources, which undermines our ability to take East Fife and the community forward.

"In the last week, the majority shareholders have taken what I see as a step backwards. This has made our position untenable and we are absolutely devastated it has come to this."

Jim Stevenson, who was elected interim chairman, said the board accepted Murray's departure "very reluctantly" and stressed that "the door is always open for Lee".