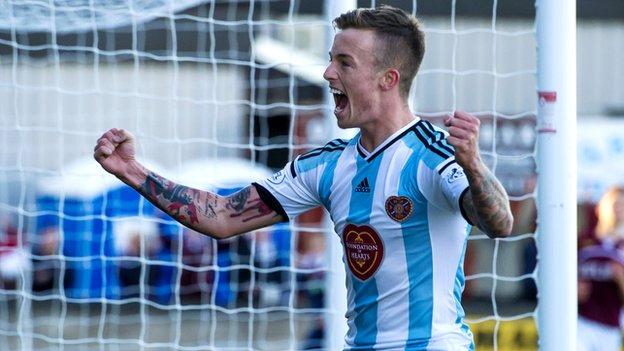 Championship leaders Hearts continued their bright start to the season with a League Cup win at Stenhousemuir.

But victory came at a cost as both Jordan McGhee and James Keatings were forced off in the first half.

David Smith surged down the right and crossed for the unmarked Gary Oliver to fire home in the sixth minute.

Kevin McHattie found the bottom corner with a shot before Kieran Miller pulled one back for the Warriors before the half-time interval.

Both sides had further chances to score in an entertaining second period, with substitute Osman Sow going closest for Hearts with a header against the crossbar from a corne.