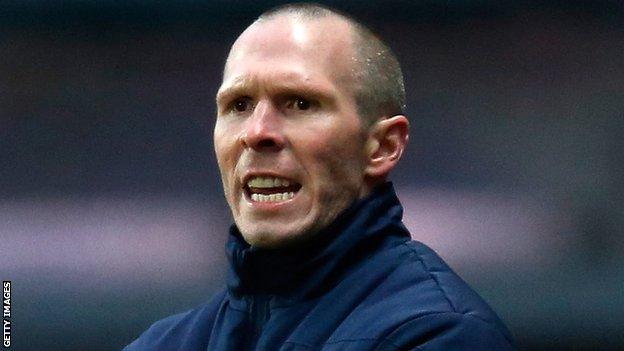 Oxford remain without a point from their first four League Two matches following defeat at home to Portsmouth.

Craig Westcarr scored the only goal of the game when he bundled home a cross from the left by Nicky Shorey.

Danny Hylton had the best chance for the home side as he hit an effort against a post just before the break.

The result leaves Michael Appleton's side bottom of the table, while Portsmouth sit second with 10 points, just two behind leaders Morecambe.

Oxford's latest defeat means they have lost eight successive league games for the first time in their history.

Appleton was in charge of Portsmouth when they were relegated from the Championship in 2012 and left to take charge of Blackburn six months later.

"I think the good teams win when they don't play at their best. In the first half we didn't play at our best.

"The standard wasn't quite what we've set in recent games, but what I will say is they dug in.

"It's a really hard-earned victory. To come away from home and get three points is always a big thing."