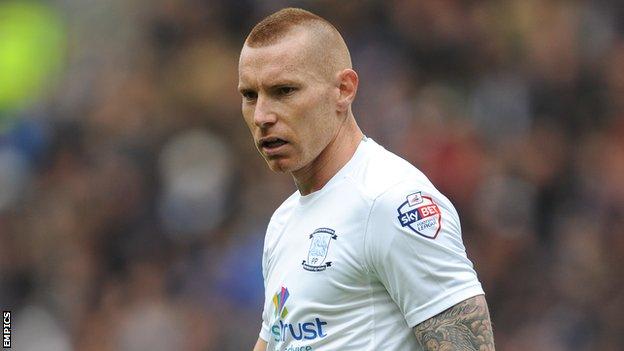 Unbeaten Preston moved up to third in League One with a narrow victory over winless Oldham.

With only four minutes gone Oldham failed to deal with a Paul Gallagher free-kick, allowing Jack King to smash in the loose ball.

The away side's best chance fell to Jonson Clarke-Harris, but he headed straight at goalkeeper Jamie Jones.

George Elokobi saw a long-range effort fly wide and Jonathan Forte went close with a header but Preston held on.

"Disappointed obviously to not come out with winning the game.

"We played well, I thought we had some good chances. We passed the ball around and dominated in the second half.

"I can't be too hard on the lads, but of course we're going to have to get a win very soon"