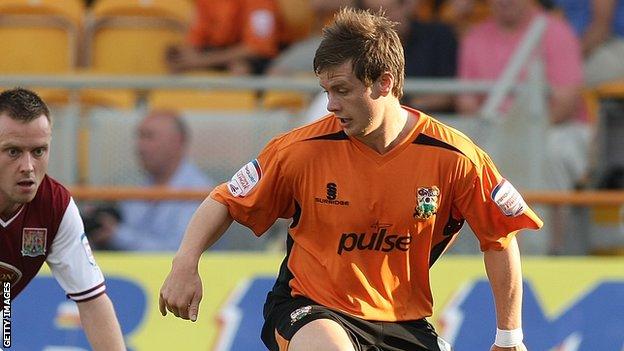 Newport County have signed midfielder Mark Byrne on a free transfer from Barnet.

The 25-year-old has signed a deal which expires in January 2015.

"If we're successful on the pitch the budget will increase and we will be able to increase the length of Mark's stay," Edinburgh told the club's website.

He will provide cover for Exiles midfielder Max Porter, who is expected to be out for up to six weeks with a groin injury.

Irishman Byrne played under Edinburgh at Rushden and Diamonds in 2009-10 and is "delighted" to be reunited with his old boss at Rodney Parade.

"I'm very happy to link up with him [Edinburgh] again," said Byrne.

"I know him well and I know one or two of the lads as well and once I knew that Justin was interested I came down here as soon as possible."