Argentina reached their first World Cup semi-final since finishing as runners-up in 1990 with victory over Belgium in Brasilia.

Gonzalo Higuain scored the only goal at Estadio Nacional, a thunderous early strike that ended his run of six international games without a goal.

But Belgium's so-called golden generation were undone by another quicksilver Lionel Messi performance, as Argentina set up a last-four encounter with Netherlands in Sao Paulo on Wednesday.

The two-time champions again failed to reach their fluid best, and it is significant that all five of their wins at this World Cup have been by a single goal.

Belgium went out with something of a whimper, lacking cohesion, creativity and precision and only threatening late on when they played one long ball after another towards Marouane Fellaini.

But on the day he equalled Diego Maradona's haul of 91 caps for Argentina, Messi stood apart, with a performance of majesty that propelled his side into the last four.

At times, he was balletic, at others he was bold. He played 40-yard passes with the precision of a master craftsman and pirouetted away from danger time and again.

Sharper to the ball, more urgent in possession, Argentina started the quicker of the sides.

With Brazil striker Neymar confined to a wheelchair, there was a sense the tournament needed one of its superstars to produce a performance to remember. Messi did not disappoint.

Belgium did not help themselves, however. Captain Vincent Kompany gave possession away carelessly inside his own half after eight minutes, the ball running to Messi.

The Barcelona forward spun away from two defenders and clipped a pass to Angel Di Maria. His pass was deflected into the path of Higuain, who swivelled and volleyed unerringly beyond Thibaut Courtois to send the tens of thousands of Argentina fans in the stadium into raptures.

There was more Messi magic to come. Argentina's talisman danced his way through a crowd of Belgium players before being clipped on the edge of the area. His resulting free-kick curled narrowly wide but Belgium were on the back foot.

For much of the opening 45 minutes, the Red Devils were insipid, not inventive. 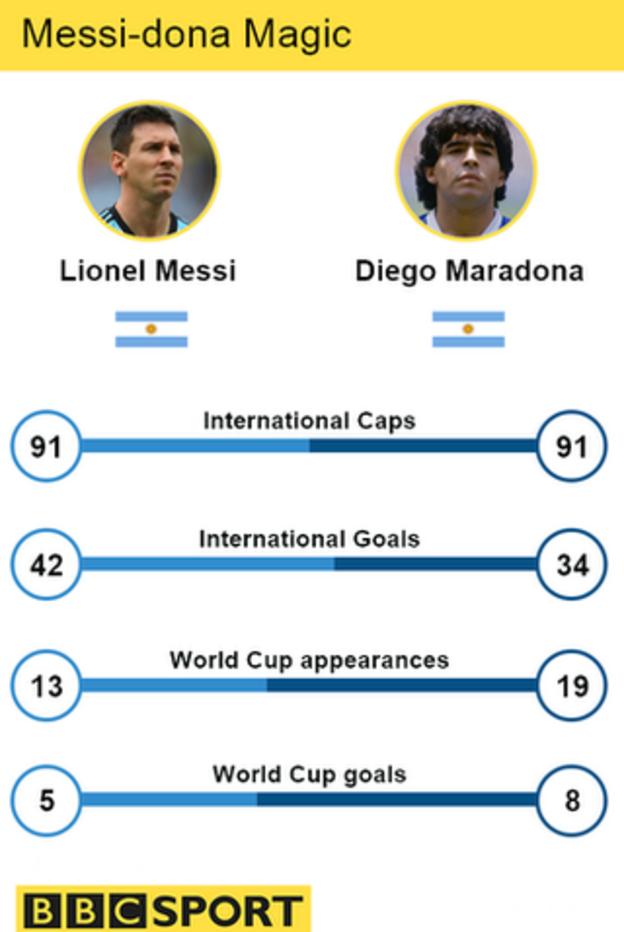 With Messi in the spotlight, Eden Hazard struggled to escape the shadow. Belgium were caught between wanting to throw caution to the wind and a fear of what Argentina might do on the counter attack.

An example came 10 minutes into the second half, when Mirallas lost the ball after a swift Belgium break. Higuain raced away, nutmegged Kompany and skimmed a curling shot onto the crossbar.

The introduction of substitutes Romelu Lukaku and Dries Mertens was an attempt to change that dynamic.

Belgium poured forward in search of a goal that might take them to extra time, but failed to produce a moment that called Romero into serious action. Messi had a chance to cap his display with a late goal, only for Courtois to smother his shot when the pair faced each other one on one.

With time running out, Belgium came again, Lukaku prodding a ball across goal before Axel Witsel fired the rebound over. But Argentina and Messi stood firm.