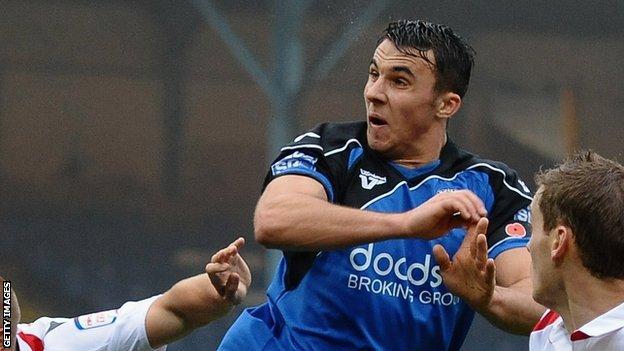 The 25-year-old's 31 goals helped the Shaymen reach the play-offs in their first Conference Premier season.

Gregory is the second player to join the Lions this summer after midfielder Carlos Edwards joined on a free.

"I think our fans will take to him and he'll score goals for us next season," Millwall manager Ian Holloway told the club website.

"As a player Lee's movement and finishing reminds me of Neil Harris, and if he can enjoy anything like Chopper's success at Millwall, I'll be delighted."

Gregory began his career as a trainee at Mansfield Town, but only made two appearances, scoring once, before moving to Halifax in the summer of 2011.