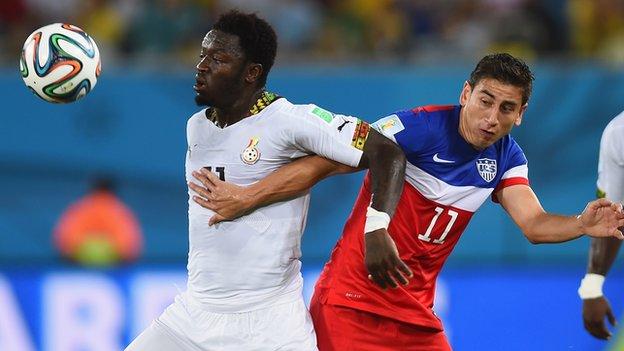 The 29-year-old, who joined on a permanent deal at the start of last season after a loan spell from Inter Milan, will remain with the Rossoneri until 30 June, 2016.

He is currently in Brazil with the Black Stars, who lost their first 2014 World Cup match 2-1 to United States.

Ghana next face Germany on Saturday in their second Group G match before finally taking on Portugal on Thursday, 26 June.