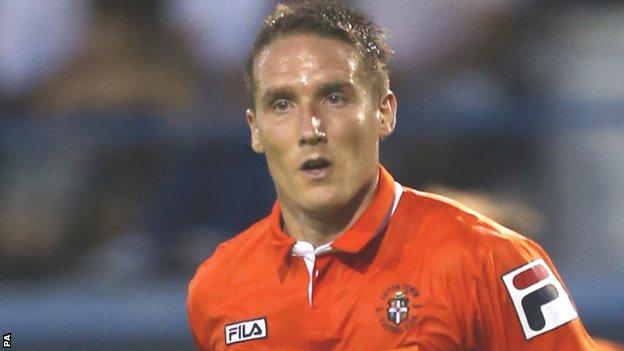 Gateshead striker Jon Shaw believes there is a greater confidence within the current squad under Gary Mills, compared to his previous spell.

Shaw has rejoined a side that lost last season's Conference Premier promotion final to Cambridge United after finishing third in the table.

His previous spell with the club ended after they missed out on the play-offs in 2012 and he moved on to Luton.

"He's moved everybody on a bit more professionally and wherever Gateshead go now we're going to expect to win. That's a great feeling in the changing room."

The way he talks and the way he wants the game played, it's not too dissimilar to the way Gateshead were playing but now there's more edge

The Sheffield-born forward, who signed a two-year deal, was a prolific scorer during his initial stint, with 56 goals in 96 games.

At Luton last term, however, Shaw was more of a peripheral figure in their championship-winning campaign, making 11 appearances without scoring - though he hopes a return to familiar territory will reignite his career.

"The system at Gateshead sounds like it will suit me to a tee," Shaw added.

"We play in a very similar way, attacking, attractive, free-flowing football which is what was successful for me last time I was at the club.

"The way Gary Mills talks and the way he wants the game played, it's not too dissimilar to the way Gateshead were playing but now there's more edge.

"As the lads will tell you, everybody has a lot of time for him."