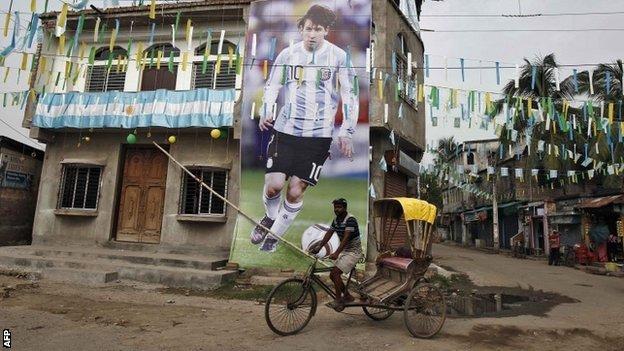 Who said Sundays were boring? There are three World Cup matches on the fourth day of action in Brazil, with the likes of Lionel Messi, Olivier Giroud and Edin Dzeko set to take centre stage.

Today at the World Cup tells you everything you need to know, from who is playing, who you can expect to win, which players to watch out for and how to ensure you do not miss any of the action.

BBC Sport's Mark Lawrenson: "The Swiss are ranked sixth in the world and have some highly rated young players who will all want to prove themselves at a major tournament.

"I think they will have too much for Ecuador, who looked impressive in flashes against England last week - but we have to remember that was effectively an England B team in a pre-tournament friendly. I don't think they will cut it in Brazil."

Lawrenson: "Bearing in mind the problems with harmony in their camp at previous tournaments, it is interesting to see what France boss Didier Deschamps has done with his squad for this World Cup. He has left out some good players, such as Manchester City's Samir Nasri, maybe because he does not think they are good travellers.

"France could not have a worse tournament than they did in South Africa in 2010, when they went home without winning a game. They will get a victory against Honduras for starters."

Lawrenson: "Argentina are my pick to win the World Cup. They have sorted out where Lionel Messi plays - behind the front two of Sergio Aguero and Gonzalo Higuain - and they have quality right through their team.

"Bosnia-Hercegovina have one or two outstanding players, but not enough to help them progress through the competition - and certainly not enough to stop Argentina." 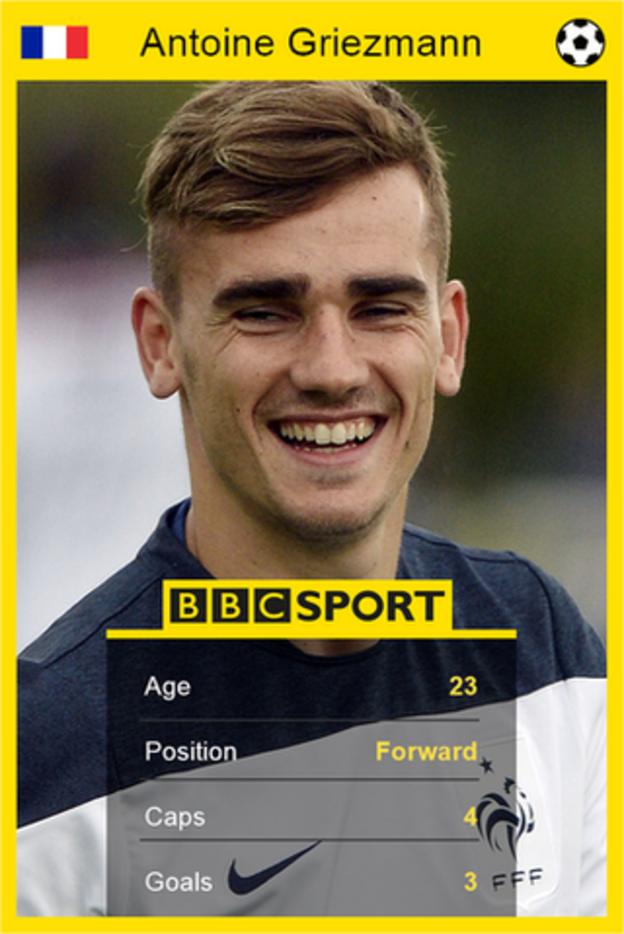 France's Antoine Griezmann might not start, but it is highly likely he will come on as a substitute. He is a relative newcomer to the squad, but the Real Sociedad player has already made a big impact.

His link-up play with Mexico forward Carlos Vela has been one of the highlights of the La Liga season. The 23-year-old and his partner both scored 16 goals in the competition.

The swift forward has scored three goals in only four appearances for France, scoring twice after coming off the bench in the recent 8-0 win over Jamaica.

Griezmann is not only one to watch in this game but throughout the tournament.

An unlikely selection, you might think, on a day when Messi is in action, but the battle between Ecuador striker Felipe Caicedo and Switzerland defender Fabian Schar could go a long way to shaping who qualifies from Group E. Former Manchester City forward Caicedo was his side's top scorer in qualifying and is set to lead the line against the Swiss.

The 25-year-old is a strong, powerful runner adept at holding the ball if played to him or chasing any passes played over the top - Basel centre-back Schar has his work cut out.

Schar, 22, is a rising star in the game. He has become a first pick under the management of German Ottmar Hitzfeld, impressing with his strong tackles and dominance in the air.

Will the new kid on the block be able to contain the slightly more experienced campaigner?

It is worth seeing how Messi performs for Argentina against Bosnia-Hercegovina from 23:00 BST. The brilliant Barcelona forward has scored only one goal in eight World Cup matches to date - yet the 26-year-old has scored nearly 400 times for Barcelona.

But this is not a one-man Argentina team - they also have Aguero, Angel Di Maria, Javier Mascherano and Ezequiel Lavezzi. South American sizzlers.

Despite having twice lifted the World Cup, Argentina have not reached the semi-finals since they last won it in 1990 - surely they will reach the last four this year?

Argentina's tally of 35 goals was the highest in South American qualifying. Germany (36) are the only side to have scored more in preliminary matches for the 2014 World Cup.

Argentina players have been shown 113 cards (103 yellow, 10 red) at World Cups - more than any other nation.

No European strike duo can match the total of 18 goals shared by Bosnia-Hercegovina's Dzeko and Vedad Ibisevic in the qualifying campaign.

Honduras failed to score in six of their 16 qualifiers.

The only match France have won in the group stage of a World Cup in the last 12 years was against Togo in 2006.

Who can see Argentina at a World Cup and not think of Diego Maradona?

The South Americans kick off their campaign on Sunday, 20 years and six days since Maradona played his last finals match, scoring in a 4-0 group victory over Greece at USA 94.

His maniacal, full-face celebration, though was quickly followed by him being thrown out of the tournament for testing positive for ephedrine - his second failed drugs test in World Cup history, having been banned for 15 months after Germany 1990.

A flawed genius, Maradona's World Cup record includes winning the tournament in 1986 and finishing runners-up in 1990. In total, he played 21 finals matches spanning four tournaments. England fans will remember him for his two goals, including his 'Hand of God', in the 1986 quarter-finals.

Let us take you to Porto Alegre - where France play Honduras - for a look at what the players might be tucking into if they are let loose in the city in the south of the country.

Anyone familiar with the southern tradition of churrasco will know that in the city the love for all kinds of barbecued meat is not restricted to steakhouses.

Most bars also serve delicious sandwiches of chicken heart - one of the city's most famous snacks.