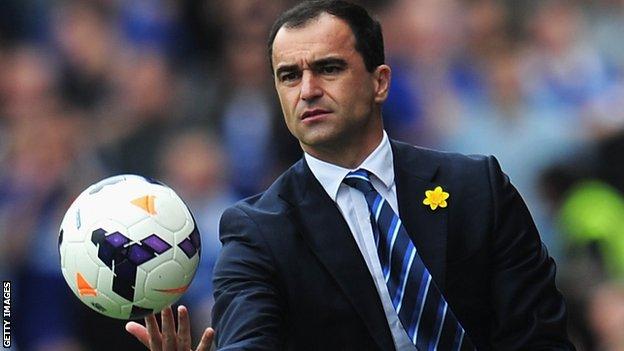 The Spaniard left Wigan Athletic to take over at Goodison Park last summer and guided the Toffees to fifth.

Everton's tally of 72 points was their highest ever in the Premier League as they secured a place in Europe for the first time since 2010.

"I knew from the moment I arrived at Everton that this was a special place," Martinez, 40, told the club's website.

The former Swansea City boss, who succeeded David Moyes when the Scot left to take over at Manchester United, won praise for the team's style of football.

He has also helped to bring through a number of young players, including England pair Ross Barkley and John Stones.

Martinez added: "I loved my first season at the club. I could not be more proud of the way Everton performed throughout the entire season and the memories we were able to make together."

Everton chairman Bill Kenwright said: "In many commentators' eyes, Roberto Martinez is the best young manager in Europe. We agree.

"He took on an unfamiliar challenge for most managers - to take something really good and make it even better.

"He undertakes his business with great style, confidence, positivity and class. He is an Everton man."