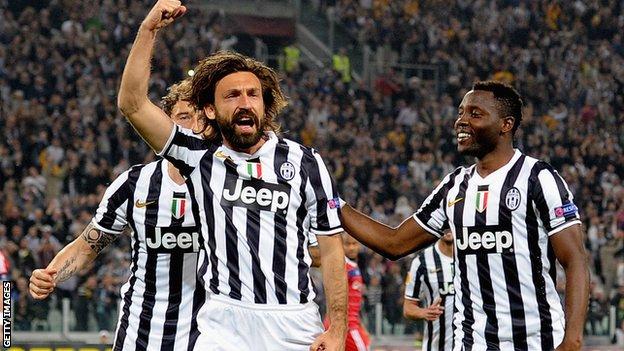 Italy midfielder Andrea Pirlo has signed a new two-year deal at Juventus that will keep him at the Italian champions until 2016.

The 35-year-old has been with Juventus since 2011 after leaving their Serie A rivals AC Milan.

He has made 131 appearances for the club, helping them to three successive Serie A titles.

Pirlo is currently in Brazil with Italy for the World Cup, which gets under way on Thursday.