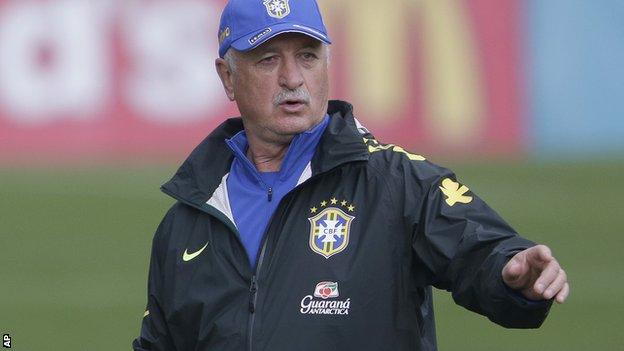 A nephew of Brazil coach Luiz Felipe Scolari has been killed in a car crash two days before the World Cup begins.

It is Scolari's second family loss in recent weeks, as he attended the funeral of his brother-in-law in May.

Scolari, 65, who won the World Cup with Brazil in 2002, will lead his side in the tournament opener against Croatia in Sao Paulo on Thursday.

Scolari has also taken charge of Portugal, Chelsea, Bunyodkor and Palmeiras between his two spells as Brazil boss.

Brazil, hosting the World Cup for the first time since 1950, have won the tournament a record five times but have not lifted the trophy since 2002.