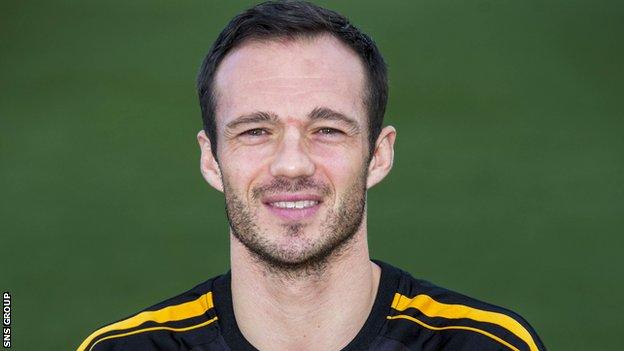 The 35-year-old former Aberdeen and Dunfermline midfielder has spent the last three seasons at Alloa.

And he will be assisted by Sandy Clark, who occupied the same role at Kilmarnock last season.

Ward was made manager in May 2013, having been the assistant coach, and signed a new contract in April after an impressive Scottish Cup run.

Rovers, who finished seventh in League Two, reached the quarter-finals and drew with Rangers at Ibrox before losing out in a replay.

"The board have decided to end the club's contract with James Ward," the club said via a brief statement. "We thank him for his contribution and wish him every success for the future."