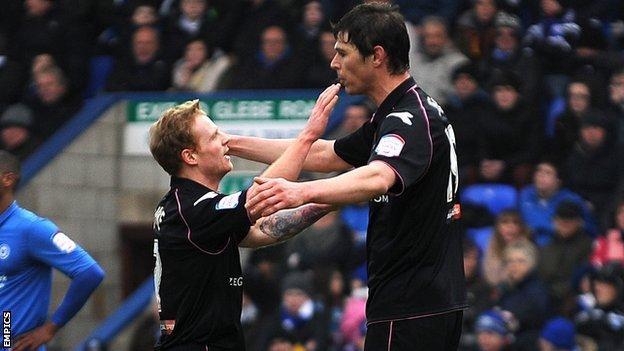 "We made an offer, but neither Nikola nor his agent see that as being an offer that's acceptable.

"Chris Burke will probably go down the same route. We've made him our best offer, but I'd imagine every other club in the Championship is in for him."

Zigic, signed by former boss Alex McLeish from Valencia in May 2010, the summer before Blues' last relegation from the Premier League, and Burke, who arrived as a free agent following his release by Cardiff City in June 2011, are the club's two longest-serving outfield players.

But Clark insists that Burke and Zigic, the last survivor of Blues' Wembley win over Arsenal in the 2011 Carling Cup final, will part St Andrew's on good terms.

"Chris is 29," added Clark. " It's his last chance to get a really big contract for him and his family and he deserves it as he's been brilliant.

"Both Nikola and Chris will always be in the history of the club, but we need to move on and find replacements.

"We lost a lot of players at the end of the season and we need another six or seven.

"I met about 15 or 16 players last week. I need to check these lads, meet them and look them in the eye."

Another defender, Grant Hall, arrived on a season's loan, with no recalls, from Tottenham Hotspur last Friday.

And midfielder Stephen Gleeson became the second player to arrive from a League One club when he signed from MK Dons on Monday.

Blues, who escaped relegation on a dramatic final day of the Championship season, remain up for sale.