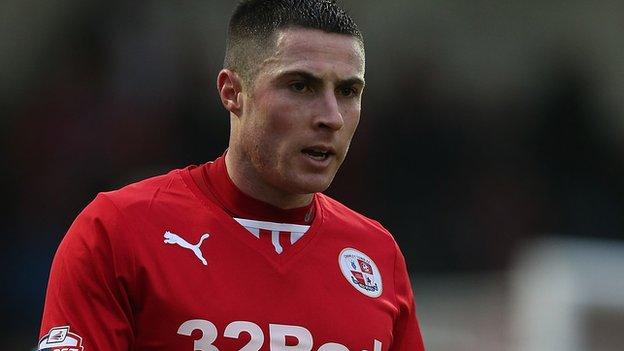 Oldham Athletic have further boosted their squad for next season by signing midfielder Mike Jones and defender Brian Wilson.

Jones, 26, has been signed on a two-year-deal after Crawley Town withdrew their offer of a new contract.

Wilson, 31, has agreed a similar deal with the Latics, after ending a four-year spell with Colchester United.

Meanwhile, full-back Connor Brown, 21, who has made 58 appearances for Oldham, has signed a new one-year-contract.

Jones, who signed for Crawley Town in 2012, began his career at Tranmere and has since played almost 300 professional games.

He told the club website: "I want to excite the fans and give Oldham a good season next year. I want to score goals, get assists and make things happen."

Wilson, a former Colchester captain, has scored 22 goals in 387 appearances during a career which has also included spells with Bristol City, Cheltenham and Stoke City.