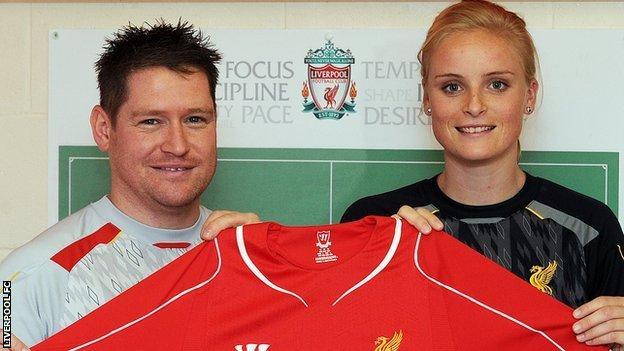 The 22-year-old has been has playing college football in the United States for the past four years and signs from the University of California.

Pedersen told BBC Radio Merseyside: "I am delighted to come to Liverpool and continue my career. I want to help the team win the league championship again.

"I've been interested in playing in England since I was a little girl."

She added: " I'm excited to get out on the field on 29 June to play versus Arsenal Ladies."

Liverpool Ladies manager Matt Beard said: "We're delighted that Nina has come. She gives us more options on the pitch.

"She can play at centre-back or in central midfield and she's a good player."

Defending champions Liverpool lie fourth in the Women's Super League, having won one of their first four games this season.