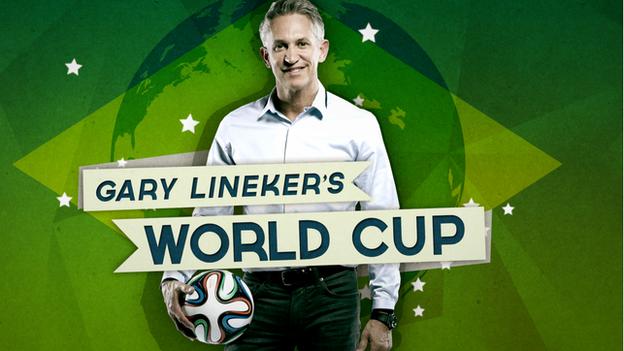 Watch Gary Lineker's video updates from Brazil for his take on the biggest stories at the 2014 World Cup.

The Match of the Day presenter played at the 1986 and 1990 World Cups and is England's second-highest goal-scorer with 48 strikes in 80 appearances for his country.

He won the Golden Boot at the 1986 finals in Mexico with what he describes as six 'tap-ins'.

Gary Lineker looks ahead to England's opening Fifa World Cup match against Italy in the Amazonian city of Manaus.

The Match of the Day presenter gives his opinion on who Roy Hodgson could select for the group match, and believes the England boss should put his faith in the young players.

Gary makes his predictions before World Cup holders Spain take on Netherlands in the first Group B game at the 2014 Fifa World Cup.

The two sides met in the final of the 2010 World Cup in South Africa when Andres Iniesta's dramatic winner late in extra time gave Spain World Cup glory for the first time.

Gary picks the four teams that he believes can win the 2014 Fifa World Cup in Brazil. 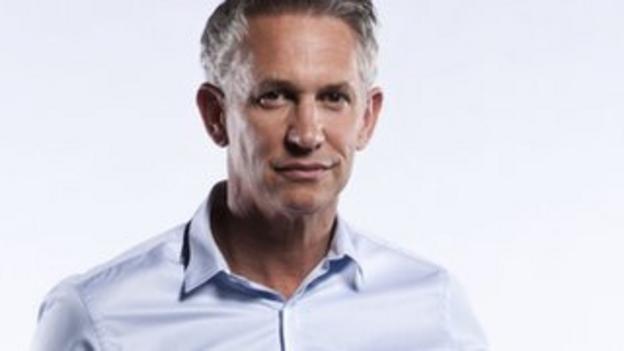 Only one side can lift the trophy in Rio on Sunday 13 July, but who are the teams to watch?

Gary Lineker guides you through the eight groups.

The pressure on Brazil

Gary believes hosts Brazil face a big challenge living up to the "enormous" expectations of their fans as they prepare to host - and win - the 2014 World Cup.

He thinks Brazil coach Luiz Felipe Scolari has done a great job improving team spirit within the squad - but can Scolari's men win the tournament?

The former England striker describes both players as "fantastic" - but who does he think is a better team player?

Who will win the Golden Boot?

Gary discusses who he thinks will finish top scorer at the 2014 Fifa World Cup in Brazil.

Gary of course is a Golden Boot winner himself, having scored six times at the 1986 World Cup in Mexico.