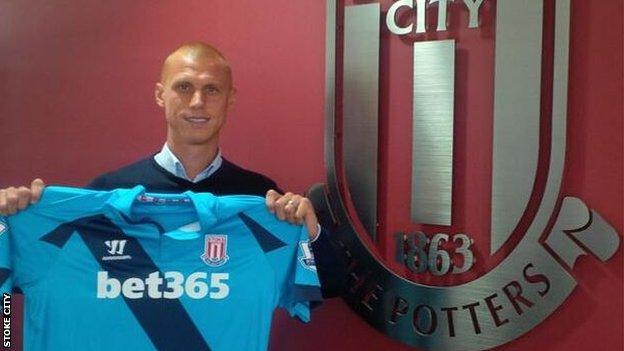 "Steve was much in demand and we are delighted to have won the race to secure his signature," said Stoke chief executive Tony Scholes.

I'm sure he will prove to be an excellent addition

The former Chelsea player is the club's second signing of the summer following the capture of Phil Bardsley.

Hughes signed Sidwell, who has made more than 180 appearances in the Premier League, while working as Fulham manager in 2011.

The former Arsenal trainee played in all 38 of the Cottagers' top-flight fixtures in 2013-14, scoring seven goals.

"Like Phil Bardsley, Steve brings great experience to our squad and I'm sure he will prove to be an excellent addition to our squad," said Scholes.

Sidwell, who has also played for Reading and Aston Villa, wrote on Twitter he was "saddened" his time at Craven Cottage had ended.