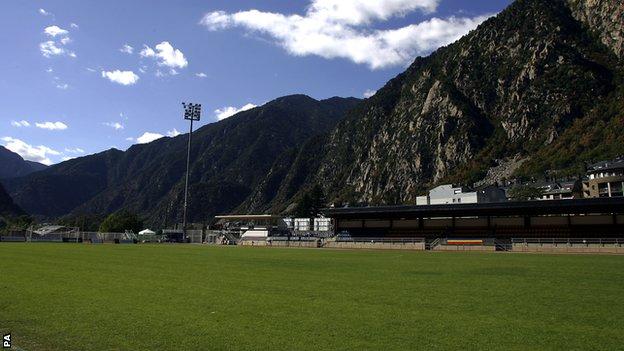 Wales will play their opening Euro 2016 qualifier away to Andorra on a 3G artificial pitch.

The Football Association of Wales had previously said the Andorran FA wanted the game to be played at the new national stadium, which is being built.

It has now been confirmed that the Euro 2016 qualifier will be played on a 3G surface.

Representatives from the FAW will travel to Andorra in the next few weeks to inspect the facilities.

The new stadium will hold 4,000 people and Wales are expected to receive 1,000 tickets for the match on 9 September.

Andorra have been playing their home games at Estadi Comunal d'Andorra la Vella, which only holds 850 people.

Wales manager Chris Coleman and the head of the international department Mark Evans have been to Andorra to look at the new stadium and the training facilities, and FAW representatives will travel there again to inspect the 3G surface.