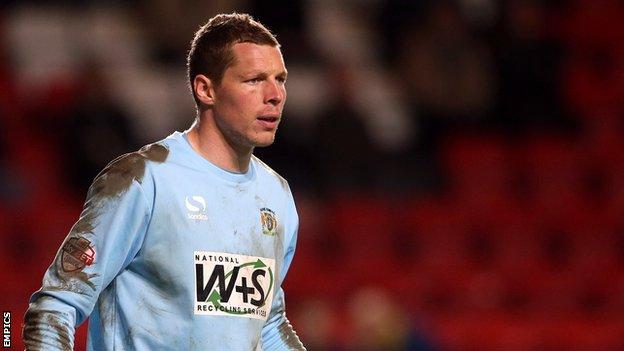 League Two-bound Cambridge United have signed keeper Chris Dunn on a two-year deal after his release by Yeovil Town.

The 26-year-old joined the Glovers at the start of last season, but only played eight times as the Somerset side were relegated from the Championship.

"We think we've signed a real quality goalkeeper and someone with something to prove," boss Richard Money told BBC Radio Cambridgeshire.

Dunn started his career at Northampton Town and played 110 times for the Cobblers before joining Coventry in 2011, where he was limited to just one league start.