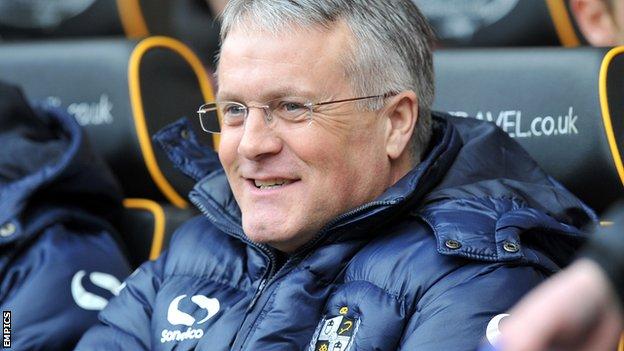 The 52-year-old Yorkshireman, in his second stint as manager after returning in May 2011, had been considering his future at Vale in recent months.

"After extensive talks with the chairman I'm very happy to commit myself to the club again," said Adams.

Neal and Lines have both two-year contracts, while Birchall has signed up for a further 12 months.

It's taken a while in the making but now it's happened. This is the foundation of something that is going to make this club great

However, his stint with the Blades ended in the sack following relegation from the Championship just four months later and he quickly rejoined Vale on a three-year deal.

Having guided the Valiants to automatic promotion from League Two in 2012-13, Adams led the club to ninth place in League One last season and is looking for his side to improve once again.

"We want to progress on what was a brilliant season," said Adams, the ninth longest-serving manager in English football's top four divisions.

"No-one wants to rest on their laurels. We all want to push on and progress.

"We have a number of new players hopefully going to sign for the club and, more importantly, we've had existing players renewing which is excellent news for everyone."

Neal, 28, who joined the club from Shrewsbury Town in the summer of 2012 has made a total of 89 appearances for the Valiants.

Lines, 28, made 40 appearances for Vale last season following his release by Sheffield Wednesday a year ago,

Trinidad & Tobago international Birchall, 30, in his second spell at Vale, has scored 13 times in 240 Football League appearances in his career.