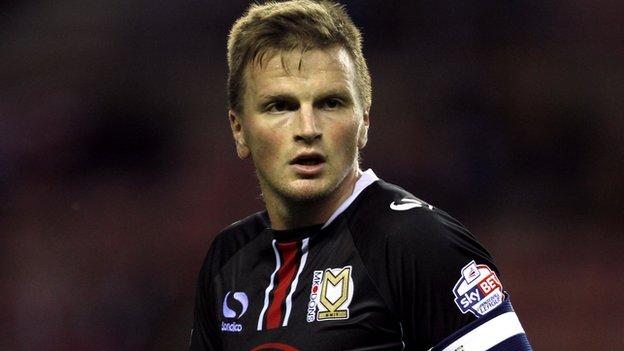 Birmingham City have made their third summer signing by bringing in Republic of Ireland midfielder Stephen Gleeson from Milton Keynes Dons.

The Dublin-born 25-year-old was out of contract with the Dons and has joined Blues on a two-year deal.

Gleeson is the second player Birmingham have signed from a League One club, following Oldham Athletic defender Jonathan Grounds.

Having come through the Wolves academy, Gleeson was given his first professional deal by then manager Mick McCarthy and spent three seasons at Molineux, during which time he went on loan to Stockport County and Hereford United.

He also had a loan spell with the Dons before joining them in 2009, since when he has scored 17 goals in 199 appearances.

Blues escaped relegation on a dramatic final day of the Championship season, but remain up for sale.

However, despite manager Lee Clark still being unaware of what size budget he has to play with for next season, the club are continuing to operate as per normal.