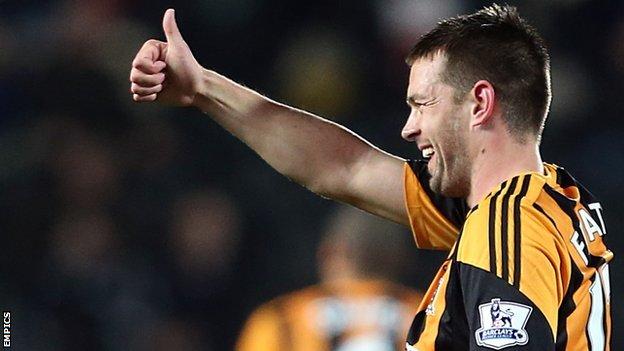 Nottingham Forest have signed Hull City striker Matt Fryatt on a free transfer, but a deal for £2m-rated Dutch forward Lars Veldwijk is in the balance.

Veldwijk, 22, who plays for Excelsior in the second tier in the Netherlands has passed a medical but has returned to his homeland to mull over the move.

Fryatt, 28, has agreed a three-year contract and will officially complete his move on 1 July.

He joined the Tigers from Leicester in 2011 but is now out of contract.

Fryatt, who was linked with a move to Forest last summer. is the first signing made by new manager Stuart Pearce.