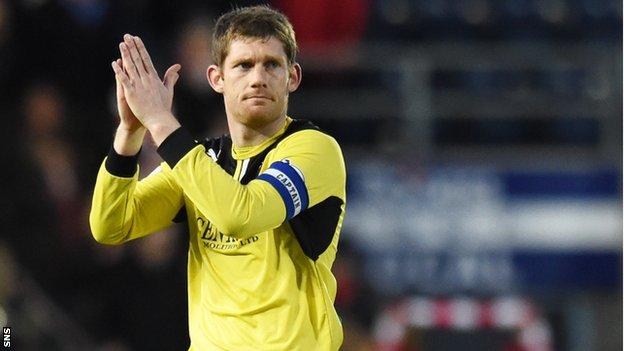 McGovern replaces Kevin Cuthbert, who did not agree terms after a starring role in the penalty shoot-out win over Hibernian that secured promotion.

Hamilton hope to announce another new arrival later this week.

Dougie Imrie became Accies first summer signing on Saturday, the forward returning to the club after a spell with Morton.

Now they have added 29-year-old McGovern, who had spent three years with Falkirk, on a one-year contract.

The goalkeeper, capped once by Northern Ireland and who started his career with Celtic before spells with Dundee United and Ross County, was in the losing side as Accies beat the Bairns in the promotion play-off semi-final.

MacDonald joined Clyde after leaving Motherwell in 2012 but rejected the offer of a new contract after the Bully Wee missed out on promotion from League Two after a play-off defeat by East Fife.

He made 42 appearances last season, scoring five goals for the Cumbernauld club.

The 31-year-old Cuthbert, previously of St Johnstone, Morton and Ayr United, had been with Accies since 2012 and made 43 appearances last season.

While he exits, 33-year-old midfielder Neil has extended his stay at New Douglas Park after guiding Accies to promotion in his first season in charge.

They narrowly missed out on the Championship title to Dundee on the final day of the league season then defeated Falkirk and Hibs in play-off matches to secure a return to the top flight after a three-year absence.