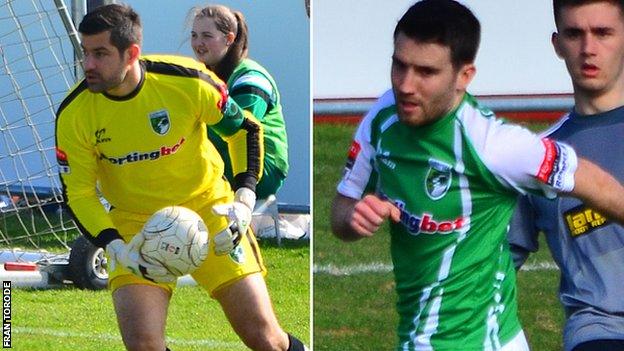 Matt Loaring, 23, was named Young Player of the Year.

"This is the first year that I've been tested," Tardif told BBC Radio Guernsey.

"The last two seasons we'd been winning six, seven eight-nil and I'd touch the ball three or four times.

"This is normal football and this is what I really enjoy and that's what's driven me on to play again next season."