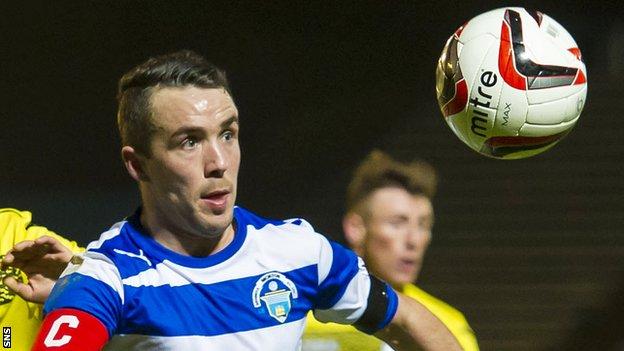 Imrie joins a New Douglas Park side heading for the Scottish Premiership after they won promotion via the play-offs.

Morton were relegated from the Championship to League One in season 2013-14.

"We will be able to confirm other signings during the week," said Hamilton on Twitter.

After a two-year spell with Hamilton, Imrie joined St Mirren in 2012 before moving on to Morton last summer.

Accies beat Morton 10-2 on the final day of the regular Championship season and Imrie scored both of the Greenock side's goals.