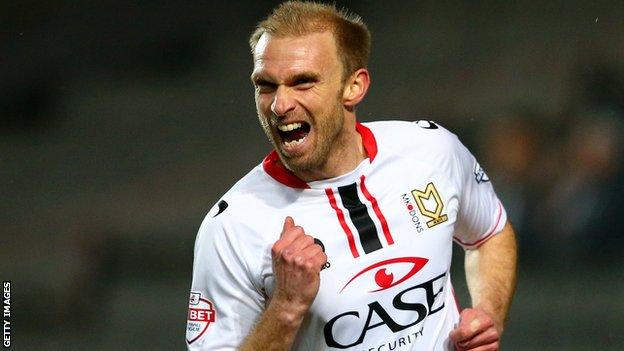 League Two newcomers Cambridge United have signed midfielder Luke Chadwick on a permanent basis after a successful loan spell at the end of last season.

The 33-year-old agreed to mutually terminate his contract with MK Dons, which had 12 months left to run.

Chadwick has signed a one-year deal with the U's after helping his home-town club into the Football League.

"To be part of a Cambridge squad that's back in the Football League is something special," said Chadwick.

"I can't wait for the season to start," he told his new club's website.

Chadwick, who began his career at Manchester United, played nearly 250 games in almost six years with the League One side.

"I'm happy that Luke's dream has come true by joining the club he's supported since he was a boy," said MK manager Karl Robinson.

"I've had the utmost respect for Luke since the moment I met him and I didn't want to stand in his way.

"I want the MK Dons fans to never forget Luke because I, the staff and the players that have worked with him certainly won't."