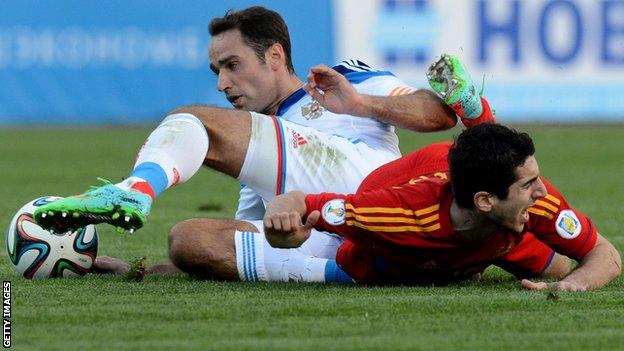 Russia captain Roman Shirokov has been ruled out of the World Cup after failing to recover from a knee problem.

The Zenit St Petersburg midfielder, 32, picked up the injury in April and will have surgery in Finland next week.

Russia manager Fabio Capello said: "Shirokov is a very important member of Russia's squad but I hope that the rest of the players will be able to perform at their best level in Brazil."

Shirokov missed friendlies against Slovakia and Norway but was able to train with the rest of the squad on Thursday before suffering a relapse.

Capello, who took England to the last 16 in 2010, said his team would play one more warm-up match, against Sao Paulo state champions Ituano on 11 June.

Russia will open their World Cup campaign against South Korea on 18 June. They will also face Belgium and Algeria in Group H.