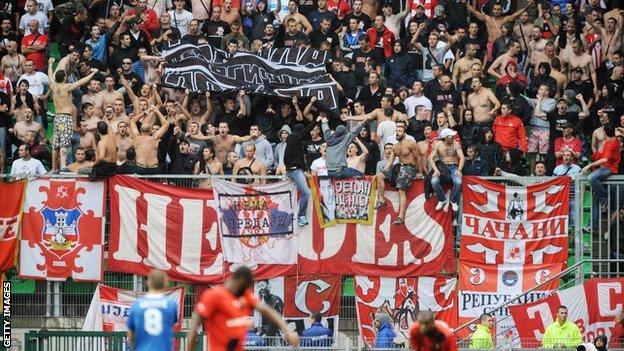 Red Star Belgrade have been banned from next season's Champions League for failing to pay their debts.

The Serbian champions were "in breach of a number of provisions of the Uefa Club Licensing and Financial Fair Play regulations," Uefa said in a statement.

The club was told in April "of the existence of overdue payables as a result of a complaint," added Uefa.

What is financial fair play?

The 1991 European Cup winners have 10 days to appeal to the Court of Arbitration for Sport.

Clubs must show they have paid player salaries, transfer fees, and social taxes before being granted a license to enter Uefa competitions.

Red Star, also known as Crvena Zvezda, were due to make their first appearance in Europe's top competition for seven years in the second qualifying round.

UEFA's licensing system pre-dates the Financial Fair Play rules but has been given a higher profile as a weapon to curb clubs who overspend and avoid paying debts.