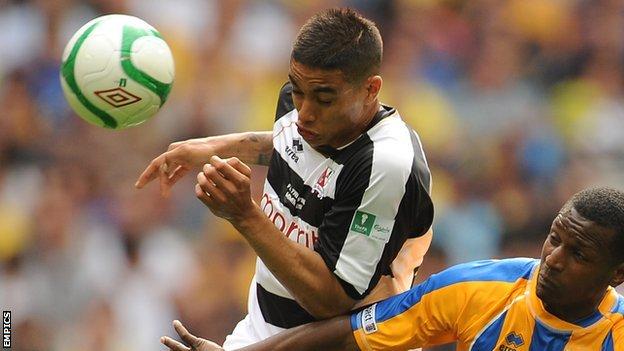 Verma, 27, returned to Aggborough for a second spell with the club on a non-contract deal from Corby Town in March.

He only made one start in four appearances for Harriers.

But he was part of a team who lost just once in 13 matches under new boss Gary Whild - and the former Leicester City youngster is deemed to have done enough to warrant the offer of a contract.

"I felt even though his chances in the team were limited, he still gave a very good account of himself," said Whild.

"I've known Aman for a long time and was pleased to be able to bring him back. His attitude is first-class, he's versatile and he'll give us more competition."

Of the seven out-of-contract Harriers players who were offered new deals, the only one still to sign is striker Amari Morgan-Smith.

Harriers have lost both first-choice full-backs to League Two clubs, Lee Vaughan's move to Cheltenham Town having been followed on Tuesday by Mickey Demetriou's departure to Shrewsbury Town.

But Verma's signature now gives Whild 19 players in his squad as Harriers prepare for a renewed assault on the Conference Premier title next season.