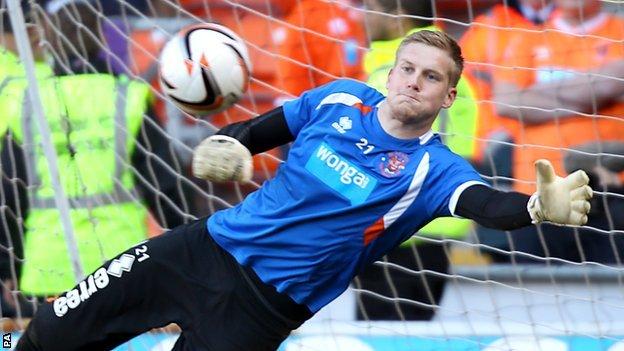 Halstead, 24, and Wesolowski, 26, have both signed two-year contracts.

Their arrival follows the signing of striker James Collins from Hibernian on Wednesday on a similar deal.

Halstead has spent all his career at Blackpool but only played five first-team games, while also being farmed out on loan to Barrow, Kettering and Stockport County.

Halstead revealed that new Town chief executive Matt Williams paved the way for the transfer, having also made the same move from Lancashire - where he was Blackpool club secretary - to Shropshire last month.

"Blackpool decided not to keep me on, which was a bit of a shock." said Halstead. "With Matt Williams coming to Shrewsbury, he's put a word in for me with the manager.

"It looks to be a brilliantly-run club and, compared to Blackpool, it seems to be much more professional.

"Obviously relegation wasn't ideal but, with the way the manager's thinking and the philosophy he's got on the game, I fully expect us to be challenging for promotion."

He moved to Oldham in August 2011 and was offered a new deal by the League One club, for whom he was voted player of the season for 2013-14.

But the lure of playing for the much-admired Mellon has proved too big a draw.

"It was a very tough decision to leave Oldham," Wesolowski said.

"But when I went to see Micky Mellon and he spoke of his plans for the future of the club it was exciting. I'm looking to help Shrewsbury Town get back to League One."