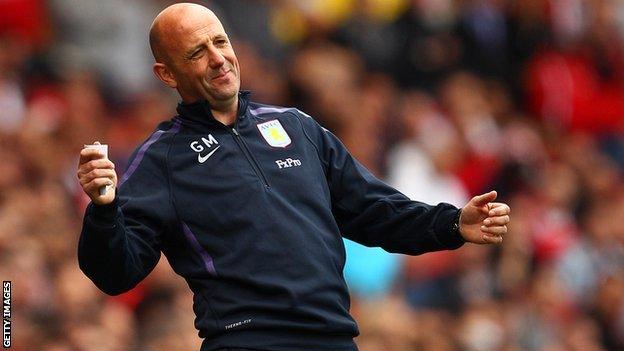 Former Leeds United manager Gary McAllister is one of three British candidates set to be interviewed for the head coach's vacancy at the club.

BBC Radio Leeds has learned that the 49-year-old will meet with owner Massimo Cellino on Saturday.

The Elland Road side parted company with manager Brian McDermott on 30 May after just over a year.

It is known that Cellino is keen to hire a head coach to work under a director of football.

McAllister, who helped Leeds to the First Division title in 1992 as a player, spent 11 months as manager of the club in 2008.

After being appointed in the January of that year, he led the club to the League One play-off final only to be beaten by Doncaster.

Following an inconsistent start to the following season, including a defeat to non-league Histon in the FA Cup, he was sacked in December.

The former Liverpool, Leicester and Coventry midfielder was briefly assistant to former Leeds team-mate Gordon Strachan at Middlesbrough before taking the same position at Aston Villa in September 2010.

Gerard Houllier's ill health meant the former Scotland captain ended that season in caretaker charge at the Premier League side but he moved on when the Frenchman left Villa Park in June 2011.