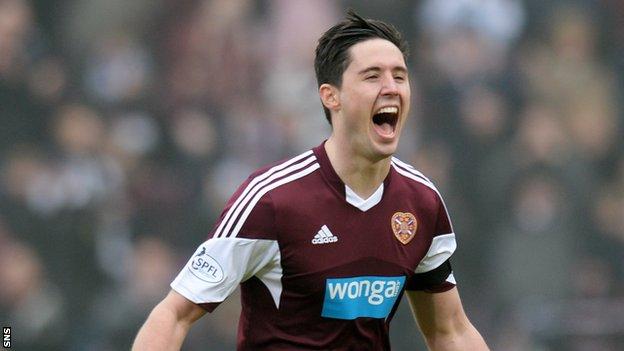 The 22-year-old, who made 64 appearances over a six-year spell at the Edinburgh outfit, is relishing a return to his native Australia.

"I enjoyed my time at Hearts and, after spending six years away from home, I knew the time was right," said McGowan.

He also said the standard of football in the A-League was "on a par" with Scotland's top flight.

"Being an Adelaide boy, I've always been an Adelaide fan so I paid close attention to the team," the defender added.