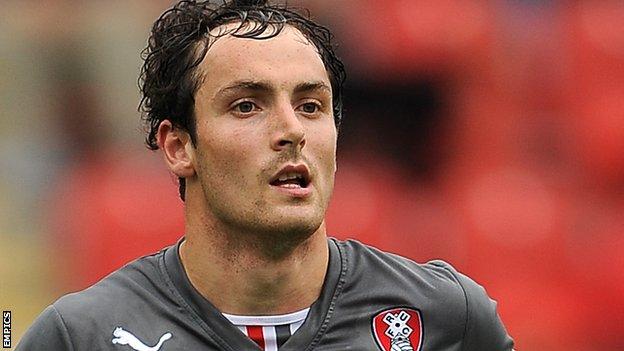 Oxford United have confirmed the signing of former Rotherham striker Danny Hylton on a two-year deal.

Hylton, 25, began his career at Aldershot where he scored 48 times in 144 starts in all competitions.

He joined Rotherham in June 2013 but spent some of last season on loan at Bury and AFC Wimbledon before his release in May.

In May 2012 Hylton was given an eight-match ban and fined £1,000 after being found guilty of racial abuse.