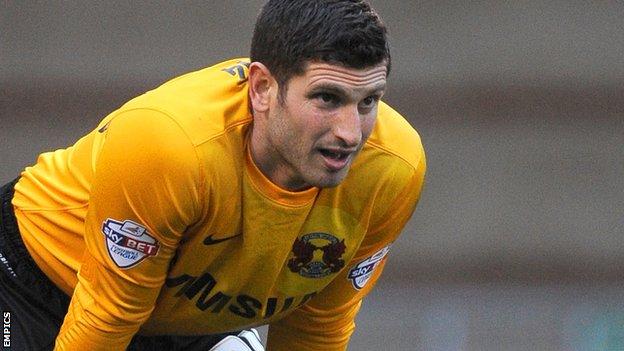 Bury have signed goalkeeper Shwan Jalal on a two-year contract after he was released by AFC Bournemouth.

The 30-year-old has agreed a two-year deal with the Shakers, who finished 12th in League Two last term.

Jalal spent six years with Bournemouth and helped the Cherries rise from League Two into the Championship.

But he did not feature for Eddie Howe's side at first-team level last season and was sent out on loan to Oxford United and Leyton Orient.

Brian Jensen spent much of the 2013-14 campaign as Bury's first-choice goalkeeper but the Danish veteran was released at the end of the season and he later joined League One side Crawley.