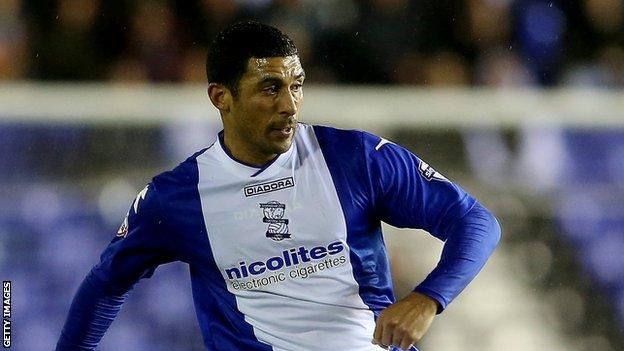 Hayden Mullins has signed a one-year deal with Notts County after being released by Birmingham City.

The defender, 35, enjoyed a successful loan spell with the League One side last season and played a crucial role in the Magpies' survival campaign.

Mullins made 16 appearances before he was recalled by Blues to help them stay in the Championship.

He is Notts' third signing of the summer, following the arrivals of Taylor McKenzie and Alan Smith.