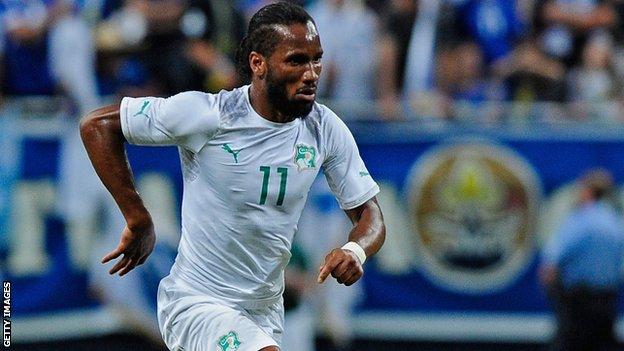 Ivory Coast won their final friendly ahead of the World Cup with a 2-1 win over El Salvador in Texas on Wednesday.

Gervinho opened the scoring after nine minutes and captain Didier Drogba scored on his 101st appearance for the Elephants just before half-time.

The Ivorians had to hold off a late charge by the young El Salvador side, energized by the 75th-minute penalty struck by Arturo Alvarez.

The penalty was awarded after Kolo Toure fouled Darwin Ceren.

Ivory Coast coach Sabri Lamouchi decided not to risk playing African Footballer of the Year Yaya Toure in the match.

"Yaya Toure has not presented any alarming signs as regards his fitness but the technical staff of the Ivorian team wants to rest a player who has come through injury and had a tiring season," a federation statement said before the game.

The Ivorians lost their only other friendly 2-1 against fellow World Cup finalists Bosnia last Friday.

They will open their World Cup campaign in Brazil on June 14 against Japan, and will also face Colombia and Greece in Group C.