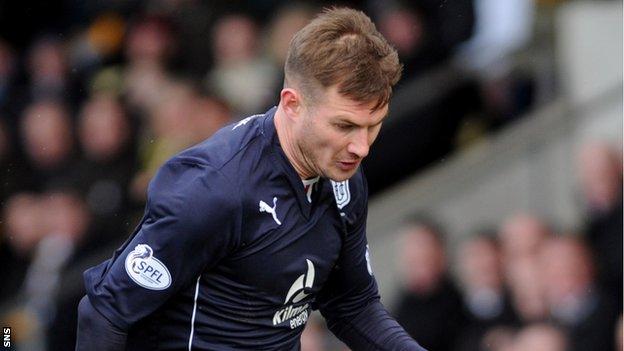 The 27-year-old, who signed from Morton last summer, played every minute of every game since Paul Hartley took over as manager in February.

Hartley told the Scottish Championship title winners' website: "He was one of the most consistent performers for me in the run up to winning the league.

"And he never let us down during that period."

Dyer, who started his career with St Johnstone before spells with Brechin City and Raith Rovers, made 24 appearances last season.

"He deserves his chance to go and prove himself in the top division and I know he can't wait for the new season to start," added Hartley.

"And he is keen to keep improving his game and that is the spirit we need here."