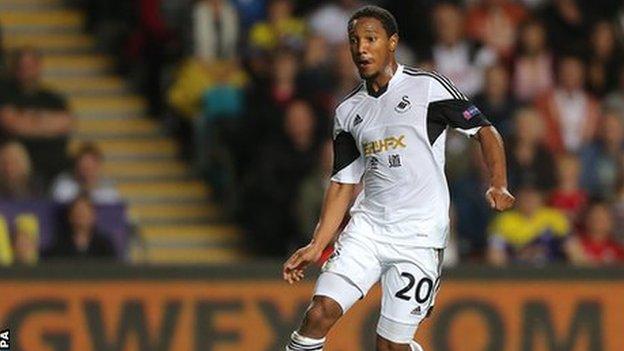 Swansea's Jonathan de Guzman has been ruled out of Holland's first match at the World Cup because of an injury.

Holland have confirmed the midfielder will not be ready in time for their opening fixture in Brazil.

The Dutch side start their campaign on 13 June against World Cup holders Spain in Salvador.

De Guzman, who Swansea hope to keep on loan from Villareal for a third season, is one of two Swans in Holland's squad along with goalkeeper Michel Vorm.