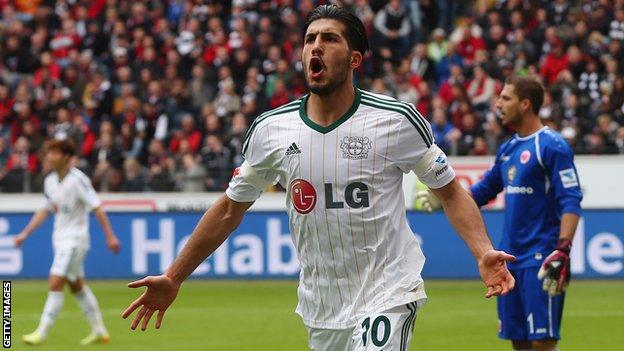 Liverpool have agreed a deal in principle to sign Bayer Leverkusen's Germany Under-21 midfielder Emre Can.

The 20-year-old, who prefers to play in central midfield, has a £10m release clause in his contract and Liverpool have now met that figure.

The deal is set to go through, subject to documentation being completed.

Can, who is of Turkish descent and can also play in defence, joined Leverkusen from Bayern Munich last summer in a deal worth £4m.

The Frankfurt-born player caught the eye of Liverpool manager Brendan Rodgers with a series of combative and athletic performances that helped Leverkusen finish fourth in the Bundesliga.