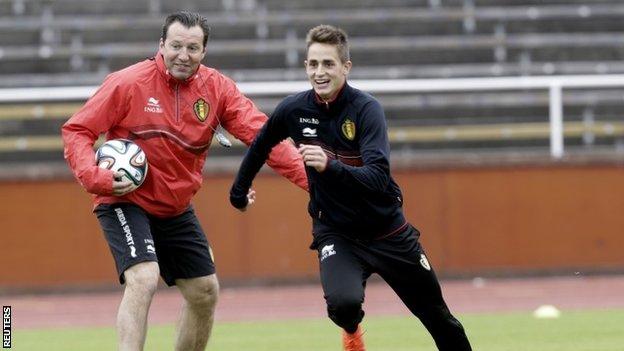 Adnan Januzaj has had his debut for Belgium ruled invalid - and Romelu Lukaku has lost his hat-trick - after Fifa downgraded last month's 5-1 friendly victory over Luxembourg.

Belgium boss Marc Wilmots made seven substitutions during the match on 26 May, but Fifa rules only allow six.

Fifa has now demoted it from an official friendly to a practice match.

Lukaku is back down to six Belgium goals, while Nacer Chadli and Kevin De Bruyne also lose one each.

Wilmots made five changes at half-time, a sixth in the 61st minute, and the seventh in the 77th when defender Jan Vertonghen was replaced by Nicolas Lombaerts.

Manchester United teenager Januzaj is expected to make his debut - again - for Belgium against Tunisia in Brussels on Saturday, before heading to the World Cup.